Between 1963 and 1972 the United States of America experienced over 700 urban revolts. Upwards of 350 towns were affected, including nearly every city with a black population over 50,000.

The two largest waves of uprisings came during the summer of 1967 and during Holy Week in 1968 following the assassination of Martin Luther King, Jr.  In these two years alone, 125 people were killed, nearly 7,000 were injured, approximately 45,000 arrests were made, and property damage topped $127 million (or nearly $1 billion in 2019 dollars). And this does not take into account a large wave of prison revolts and racially oriented unrest at the nation’s high schools.

Considered collectively and with the advantage of hindsight, these revolts constituted a “Great Uprising,” a term neither contemporary pundits nor historians have employed. Like the Great War and the Great Depression, the Great Uprising was one of the central developments of modern American history.

Peruse the map to learn more, or select the “Understanding the Great Uprising” tab. If you have memories or thoughts you would like to share, please follow the “Feedback/Share” tab. 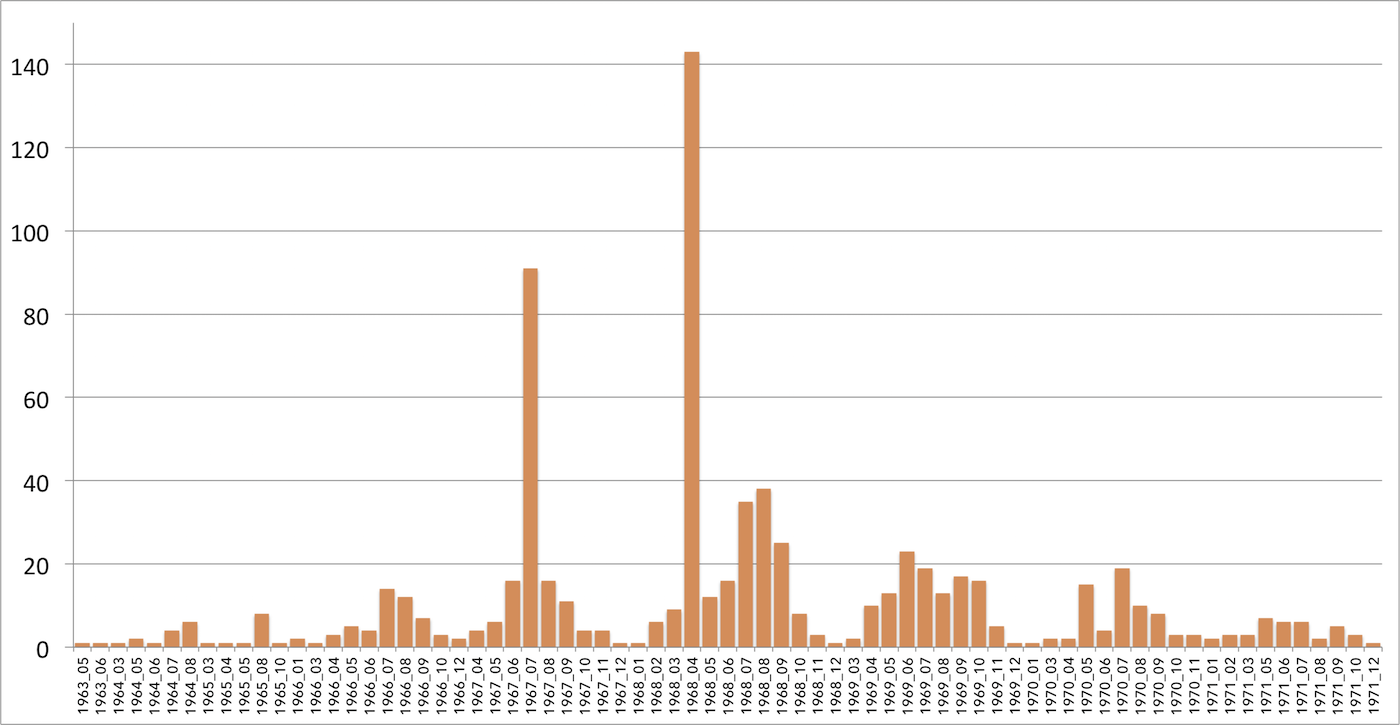